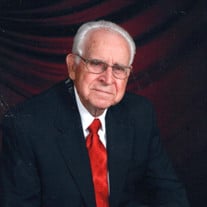 Col. William Arvin (Buck) Stone died at age 90 on July 20th, 2020 in the arms of his wife and their daughter. Dad fought over a decade with dementia, finally succumbing to end-stage Alzheimer’s Monday evening in Ascension’s Alexian Village. Buck was born September 10th, 1929 on the Sylvania Alabama farm to W.A. and Effie Stone. The next sibling Arlen lived 4 days (1932), and the infant twins Faye and Ray along with remaining children were left motherless when Effie died of childbirth complications 23 Nov 1934. He always spoke fondly of his stepmother Lera who raised all the children along with his two stepsisters Ardath and Jean. Buck graduated from DeKalb County High School in 1948 then worked in Chattanooga two years before enrolling alongside his high school sweetheart Rita Sue in Jacksonville State. He held close to his stubbornly determined path becoming the only child of 9 living siblings to graduate from college. He transferred from JSU to Alabama Polytechnic Institute (aka Auburn) and graduated as mechanical engineer August 1954. He married Rita Sue Shirey of Sylvania June 1954. Having been in ROTC he served as Commissioned Officer and was stationed in Hanau, Germany 1955-57. While in Germany they lost their first born, a baby boy. Their daughter Cynthia was born in 1958 on return to the states. For the next 32 years he remained in the Army serving the Corps of Engineers as active reservist until retiring in 1989. Upon his return to the states he was employed by Combustion Engineering (1957-1990) as a nuclear engineer. He began his C.E. career as reactor vessel Design Engineer and retired a Quality Assurance Director. In 1992 he returned to ABB-CE to spearhead the ASME Recertification Program. His positions at C.E. allowed travels in Sweden, Japan and India – he found all most compelling. Prior to moving from Hixson, he was member of Red Bank Baptist Church. He became a member of Signal Mountain Baptist Church in 1973 where he was later elected deacon then chairman of deacons. He is still fondly remembered by many young members for his kindnesses and gentle ways. He remained steadfast, unwavering and constant in faith, always loved singing old-time hymns, and even in deepest dementia he remembered all the words. He is preceded in death by his parents William and Effie Campbell Stone, Stepmother Lera Stone, Brothers Arlen, Floyd, Creed and Ray Stone, sisters Hazel Wood, Marjorie Davenport, Pauline Roden, and Jean Carden. Buck is survived by his wife of 66 years Rita Sue, his daughter Cynthia Stone-Hunter (Ken) of Gering Nebraska, his sisters Faye Straub, Opal Sunderland and Ardath Grizzell, sister-in-law Syd Stone, brother-in-law Ben Shirey Sr. and many beloved nieces and nephews. Funeral services are scheduled for 2:00pm Central Time Saturday July 25th at Rainsville Funeral Home with Reverend Sally Ensley officiating. The family will receive friends at 12:30pm. Interment will be in New Bethel Baptist Church Cemetery. Social distancing and masks are required per Alabama Covid precautions. In lieu of flowers donations may be made to The Point Church at Signal, 939 Ridgeway Ave., Signal Mtn., TN 37377; New Bethel Baptist Church, 2020 N. Broad St., Fyffe AL 35971; or Sylvania Baptist Church, 10754 Co Rd 27, Sylvania AL 35988. Rita and Cynthia give special thanks to staff at Dominion, Alexian Village and Hearth Hospice. Dad had many precious angels and advocates amongst you – we thank you deeply and know you held our “Mr. Buck” gently and lovingly through these past 3 years in his homes away from home.

Col. William Arvin (Buck) Stone died at age 90 on July 20th, 2020 in the arms of his wife and their daughter. Dad fought over a decade with dementia, finally succumbing to end-stage Alzheimer&#8217;s Monday evening in Ascension&#8217;s Alexian... View Obituary & Service Information

The family of William A. "Buck" Stone created this Life Tributes page to make it easy to share your memories.