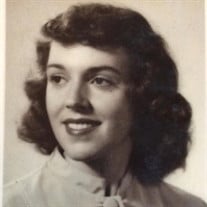 Mary Ann Daws Roper was born on March 18, 1935, in Portersville, Mississippi and was the only child of Beverly Benjamin Daws and Mary Alice Watkins Daws. She spent her youth on the gulf coast of Mississippi and graduated from Pascagoula High School in 1953. After high school, she attended Mississippi Southern University where she was president of the Phi Mu sorority and the YWA, a religious organization for Baptist young women, as well as serving as a columnist for the “Student Printz” campus newspaper. She later earned a bachelor’s degree in history from Stetson University in Florida and a master’s degree in Education from the University of Alabama and was inducted into the Kappa Delta Pi national honorary society. Upon beginning her career, she was the first learning disabilities teacher in DeKalb County, Alabama, where she distinguished herself as a local expert during her tenure. In addition to being an educator, she was a life-long learner, subscribing to numerous medical journals, Forbes magazine, and various newspapers. Although she was an introverted intellectual, she had a keen sense of humor and a creative spirit, which she fostered in her children. She was a role model to those who knew her, exhibiting quiet strength and integrity in all that she did, as well as instilling independent thinking and critical analysis in her children at a young age and into their adulthood. Her guidance and companionship will be greatly missed by her family. She is survived by her five children - Deborah R. Phillips of Soddy Daisy, TN; Rebecca M. Bryant (Phillip) of Athens, AL; Jennifer L. Tanner (Timothy) of Trussville, AL; Mary E. Roper Odeh (Eiad) of Baton Rouge, LA; and Dwight D. Roper (Traci) of Rainsville, AL; five grandchildren – Ashley Lusk (Jonathan); Dylan Roper; Taylor Tanner; Savannah Roper; and Elizabeth Odeh; and three great-grandchildren – Luke Phillips; Blake Lusk; and soon-to-be-born “baby girl” Lusk. She passed away peacefully at her daughter’s home in Baton Rouge, Louisiana on November 29, 2021, at the age of 86 as her family surrounded her bedside, while saying farewell “for now”. Visitation will be at the Rainsville Funeral Home in Rainsville, Alabama on December 19, 2021, from 12:00 p.m. to 2:00 p.m., with a private graveside service to follow at Glenwood Cemetery in Fort Payne, Alabama. In lieu of flowers, donations may be made to support public broadcasting or another educational organization of your choice in her memory.

Mary Ann Daws Roper was born on March 18, 1935, in Portersville, Mississippi and was the only child of Beverly Benjamin Daws and Mary Alice Watkins Daws. She spent her youth on the gulf coast of Mississippi and graduated from Pascagoula High... View Obituary & Service Information

The family of Mary Ann Daws Roper created this Life Tributes page to make it easy to share your memories.