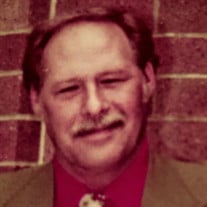 Charles “Chuck” Foreman age 81 of Sylvania, Alabama passed away on Sunday, December 5, 2021 at Crowne Health Care. A memorial service will be held at a later date with Rainsville Funeral Home, Inc. announcing, www.rainsvillefuneralhome.com. Survivors Children: Laura Lynn (Cesar) Rivera, Caraly Anne Foreman, Charles “Charlie” Gibson (Rosaria) Foreman, Shelly Lynn Russell-Buller, Kelly Allen (Rosemary) Russell, and Rose Kathleen Foreman Nephews: Ray Eklund and Doug Eklund 8 Grandchildren Sister: Linda Foreman Eklund Preceded in Death Parents: Charles Richardson Foreman and Jeanne Louise Conlin Spouse: Patricia “Pat” or “Penny” Ann Russell Foreman Early life, he served as an elementary and high school (science and math) teacher and was a small business owner (Audio/Video Systems) in Houghton Lake, MI. He later worked in the Oil/Gas Industry in Texas, Oklahoma and New Mexico and before retiring, worked as a Business Consultant/Distribution for a Newspaper in St. Lucie County, Florida, where he retired with his (preceded him in death) Patricia Ann Foreman. He was well traveled, having been born in Pennsylvania and growing up in Grand Blanc/Flint and Detroit, MI, graduating with a Bachelor's of Science from the University of Michigan (U of M). He also took pride in that he was a member of the infamous U of M Band (played horn). He married and had three children, then remarried with two stepchildren and had a daughter with his new wife. His work and life journey led him to live throughout the U.S., including Houghton Lake, MI; TN; Allen (Dallas), TX; Midland, TX; Zapata, TX; Carlsbad, NM; Port St. Lucie, FL; the latter, following their FL home being damaged from two consecutive hurricanes occurring weeks apart, where he, with wife, Patricia ("Pat" or "Penny") retired to Sylvania, AL until both of their deaths. Early-on in life, he enjoyed time spent with his sister and friends and, later, with family and friends, especially during camping/water activities/outdoors activities and destination family trips; football- he was an avid University of Michigan Wolverines football fan (and fitting that the day he passed the Wolverines won the Big Ten Championship); Loyal to/enjoyed Detroit Tigers baseball and tried to be loyal/enjoy Detroit Lions football. Regarding the latter, he would swear he would never watch another game, again, after a history of their recurring losses, and yet come game day, would be optimistic, only for the love-hate cycle with them repeating. He was an outstanding, self-taught natural sketch artist and amazing pianist / entertainer (could match keyboardist for Bob Segar, Elton John and the best of Beer Barrel Polka) and loved motorcycles, snowmobiles (early years) and, especially cars(classic/hot rods- restoring/reselling, participating in car shows and road trips) and enjoyed indoor and outdoor home improvement projects. He was known for having a very quick, sharp sense of humor/wit (think Chevy Chase/Steve Martin/Archie Bunker combo sense of humor)) and although also often known for not having the best or most predictable temperament, he (at least in his own mind) tried to do and be better. Whether his life or lives touched can be remembered most for his accomplishments or his failings, either way, whether positive or negative, his impact drove others to be and do better in their lives for themselves and others.

The family of Charles "Chuck" Foreman created this Life Tributes page to make it easy to share your memories.

Send flowers to the Foreman family.